Two ideas for this theme are “Oceanic” and “Rabbits.” The latest unique mystery lies in the most recently-discovered ” #runtherabbit ” and ” #outofhandtv “, both of which are imperative as the functioning engine of this sound collage. Yrev very reflective images emerge in various familiar masks during this KCHUNG Radio Hour of Inspirado Projecto. 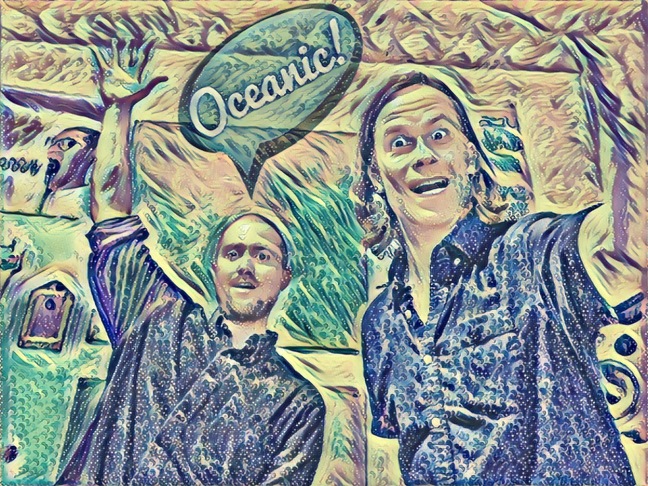 
We also discuss a yrev very cosmic Lynchian event that occurred. Back in May (a week or so before Twin Peaks Season 3 was released) 2017, I created a fun “AstroCoop” image of Dale Cooper dressed as an Astronaut floating through the Red Room. I was thinking about how he reminded me of David Bowie’s “…ground control to Major Tom…”, with Coop out there fused between dimensions trying to find his way back to Twin Peaks, traversing the curtains like heatwaves on Mars. At that point I had no idea the new season would focus on dopplegangers… 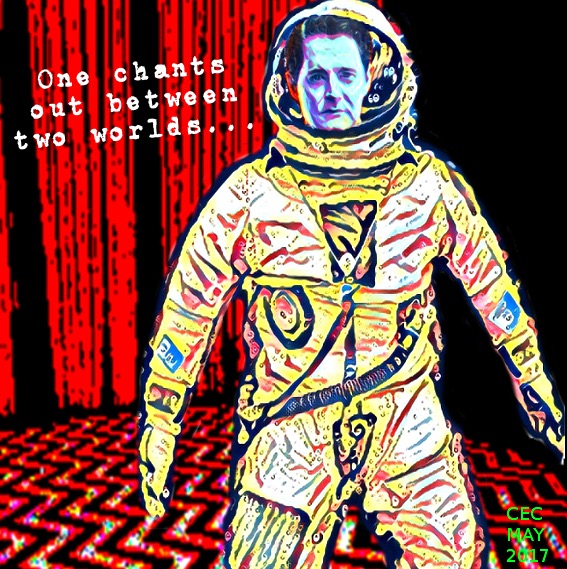 After watching each part I hop on the interwebs to see what kinds of new revelations have beamed onto Peakers’ antennae. On July 9th, immediately after watching Part 9, I opened up Twitter to see if other folks caught Easter Eggs that flew past me and/or that I might have also caught. On the Twitter feed I found a photograph that VERY YREV MUCH echoed similarities of my AstroCoop! I immediately sent it to Lawrence August and he artistically blended them together side-by-side: 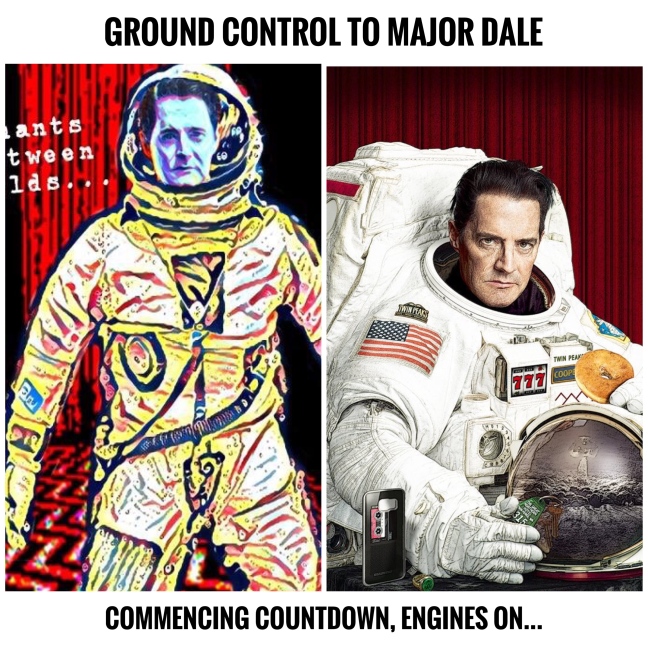 This astounding accidental ‘prophecy’ was a gift all on its own….now to be able to archive it for my Futureself to look back on, as a strong example of how a series of antennae operating on similar broadcast signals can emerge from the stream-of-consciousness with similar fish! 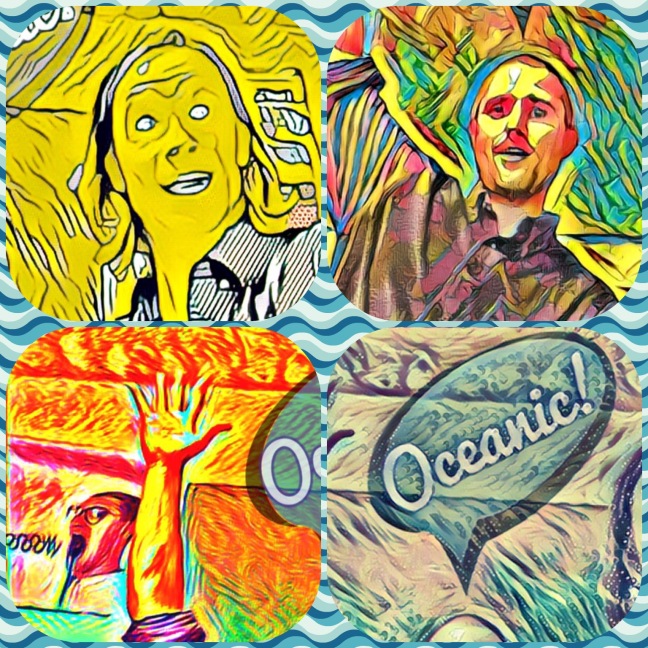 Oh YES! If you’d like to hear the full AUDIO ARCHIVE of Inspirado Projecto, you can CLICK HERE and it will transfer you THERE like a time portal! 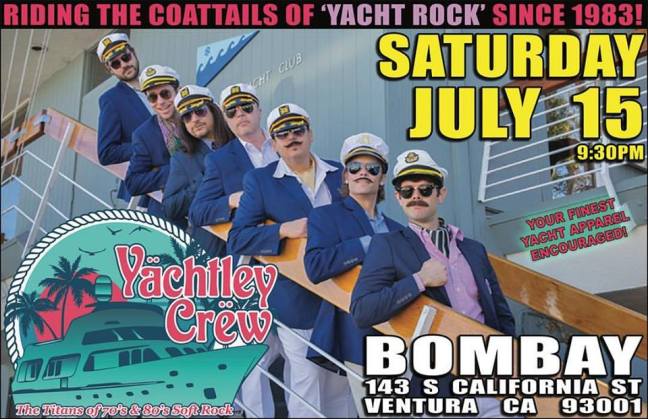