This episode of Inspirado Projecto covers a lot of bases live on the radio in addition to visually on Periscope! Yes, of course synchronicity, precipitation, art, dreams, and music are discussed and presented in their younique audio formats as per usual. Captain Nicholas, everybody’s favourite Station Manager of KCHUNG 1630am, co-hosts another piece of the puzzlementary.

We discuss Yachtley Crew’s recent sold out show at The Viper Room, the astounding Adam West tribute at City Hall in Los Angeles (June 15, 2017) where the Batsignal shone brightly, the Office of Night Things’ Dream Phone (call them at 800-390-0934 and leave your recent dreams!), talk about exciting new Thimbleweed Park point-and-click adventure game updates, spin a Bobbie Deerfield song, educate the populace with another Henry D. Horse “Fun Fact”, present a song by Linney, discover new Hollywood gossip with the Celebrity Medium on The Celebrity Afterlife Report, shine light on another fun sound collage by Boys Nitroglycerin Pep Club (PQ Ribber’s project, which is unfortunately not credited during the episode, yet luckily credited here!), exhalt the phenomenon known as Twin Peaks and how it is massaging the cosmic consciousness, AND… dig up a wonderful rare-ity by Chris Cornell from the newly released Deluxe Edition of the “Singles” movie soundtrack! Oh yes, we also visit the Dream Phone!!!!

And now, some photos taken at the Adam West Tribute….

Dave Uchansky from the movie “Bloody Bobby” and I with the beloved Batsignal!

Amazing costumes on this Dynamic Duo!

One Batmobile on stage-left of City Hall! 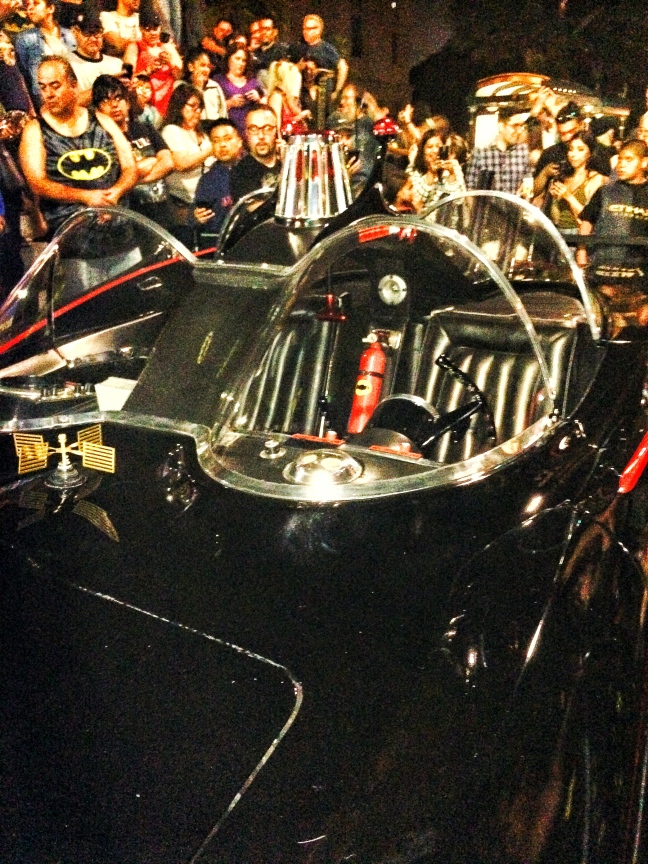 Diana Prince XO Horror Blogger and I, soaking in the Batmania!

Another Batmobile, stage-right of City Hall! 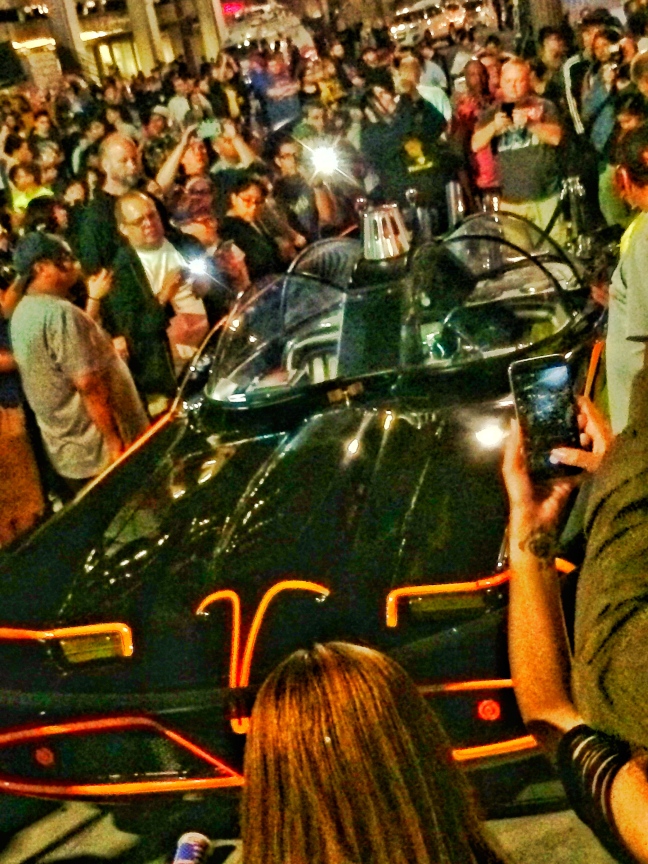 PHENOMENAL job on these authentic costumes! Watch out for the GOON!

Oh yes, and if you’d like to listen to the actual audio archive of Inspirado Projecto, you can click HERE!!!!

Till next time, keep the Inspirado flooooowwwwwiiiinnnnn!

On today’s Inspirado Projecto episode, “Parallax”, on KCHUNG RADIO, we welcomed my fellow Columbia College Chicago Alumn, and Mastermind of RogersOrion Management, Orion Barnes! We reminisced about being Directed in the play “Ivanov” by our Mentor and head of the Columbia Theatre Department , Sheldon Patinkin, (and how Sheldon’s teachings aided us in applying ensemble-based collaboration). We engaged intriguing conversations about: the upcoming May 21st Twin Peaks Season 3 (in conjunction with Orion’s personal story about David Lynch’s encounter with Orion’s Sister’s Woodland Creature), his upcoming projects, outstanding synchronicities, his experiences with being in Steppenwolf Theatre’s production of “Slaughterhouse Five” by Kurt Vonnegut (and then what it was like to meet Vonnegut after a performance one night).

We heard a piece of Steve Kirk’s “Thimbleweed Park Soundtrack”, recorded directly from the game. We also have been given 3 COPIES OF “THIMBLEWEED PARK” TO GIVEAWAY.

Keep your eyes/ears peeled for clues on a scavenger hunt in answering a few questions to win a free copy! Or if you’d like, you can order the game through the “Thimbleweed Park” website for $19.99!! I did a podcast review on the game which can be heard here:

Also, here’s a fun article about Andy Kaufman and his greatest practical joke!

We heard some Fun Facts from Henry D. Horse, played a song written by Lawrence August….

….and sang/played by Jason Karr….

KCHUNG Computer Technical difficulties prevented today’s audio episode, “Parallax” with Orion Barnes on Inspirado Projecto, from archiving. The GREAT NEWS IS we captured the FULL behind-the-scenes all VIDEO version of this show on Periscope. It has been archived HERE.

ALSO, lastly but not-to-be-dee-leest-ley…we offered a new “Celebrity Afterlife Report” featuring new juicy news gossip of what Barry/Barris and other dead celebs are doing in the afterlife! Since we weren’t able to hear it, I present the full broadcast to you now. Please like and subscribe to their mystical channel, if your guides compel you!